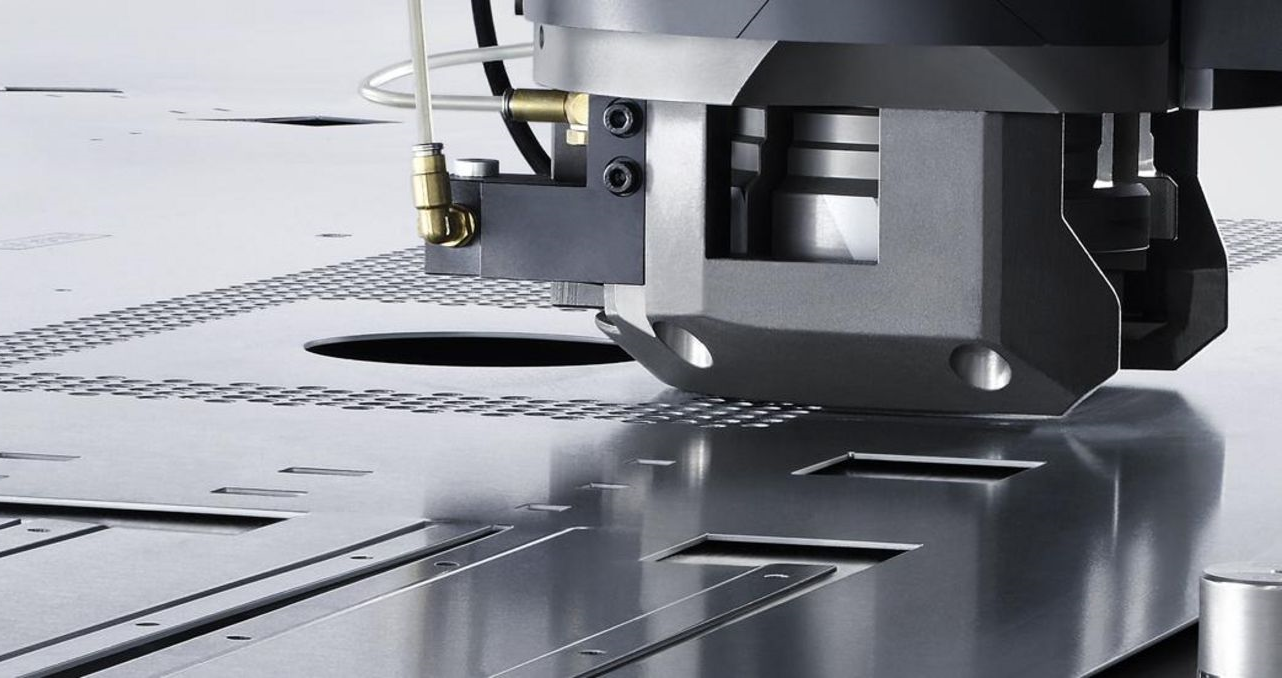 Punching is a forming process that uses a punch press to force a tool, called a punch, through the workpiece to create a hole via shearing. Punching is applicable to a wide variety of materials that come in sheet form, including sheet metal, paper, vulcanized fibre and some forms of plastic sheet. The punch often passes through the work into a die. A scrap slug from the hole is deposited into the die in the process. Depending on the material being punched this slug may be recycled and reused or discarded.

Punching is often the cheapest method for creating holes in sheet materials in medium to high production volumes. When a specially shaped punch is used to create multiple usable parts from a sheet of material the process is known as blanking. In metal forging applications the work is often punched while hot, and this is called hot punching. Slugging is the operation of punching in which punch is stopped as soon as the metal fracture is complete and metal is not removed but held in hole.

Punch tooling (punch and die) is often made of hardened steel or tungsten carbide. A die is located on the opposite side of the workpiece and supports the material around the perimeter of the hole and helps to localize the shearing forces for a cleaner edge. There is a small amount of clearance between the punch and the die to prevent the punch from sticking in the die and so less force is needed to make the hole. The amount of clearance needed depends on the thickness, with thicker materials requiring more clearance, but the clearance is always greater than the thickness of the workpiece. The clearance is also dependent on the hardness of the workpiece. The punch press forces the punch through a workpiece, producing a hole that has a diameter equivalent to the punch, or slightly smaller after the punch is removed. All ductile materials stretch to some extent during punching which often causes the punch to stick in the workpiece. In this case, the punch must be physically pulled back out of the hole while the work is supported from the punch side, and this process is known as stripping. The hole walls will show burnished area, rollover, and die break and must often be further processed. The slug from the hole falls through the die into some sort of container to either dispose of the slug or recycle it.

Punching is just one of the four methods we use to perforate materials, the others are laser cutting, water jet cutting and drilling.